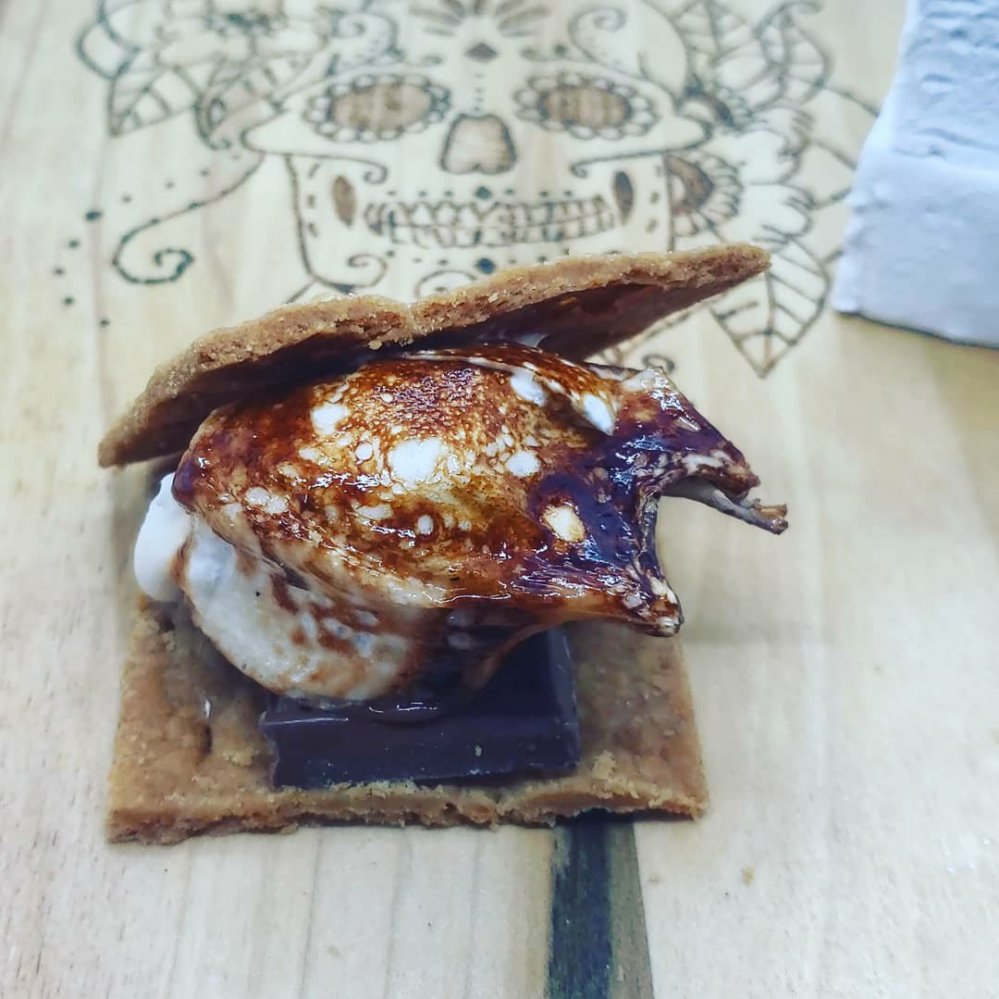 Week 14 of the 52 week baking challenge has come and gone and had the topic of the elements, so I had to make something to do with one of the elements, so I used another’s baker s’mores post as inspiration for the element of fire. Because I have never made homemade graham crackers or marshmallow, I thought it would a good opportunity to try something new. I used the recipes from the Bravetart cookbook, written by Stella Parks. The recipe below is what I used to make the graham crackers gluten free and dairy free, in order to share with my best friend, who has dietary restrictions.